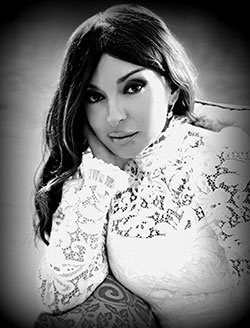 Culture is a universal and irreplaceable tool that allows people and nations to perceive and understand each other more deeply. A striking example is la Biennale di Venezia, which for many years has served the noble goals of spiritual unity, mutual enrichment of cultures, and strengthening the creative bonds between talented artists from around the world. Extraordinarily effective ideas, and promising projects that enrich the relations between countries and people, spring up in a climate of friendly communication within each Biennale. The high professional level of its participants, life-affirming spirit, and a variety of genres has brought la Biennale di Venezia international fame and recognition.

La Biennale di Venezia’s continuous success, together with the widening geographical spread of its participants, proves that culture knows no boundaries. Its grandest exposition attracts interest from both experts and general audiences from the different countries of the world, including Azerbaijan. This, in turn, shows the aspiration of people to expand humanitarian cooperation, and to contribute to the expansion of inter-civilisation and intercultural dialogue. As the 56th International Art Exhibition – la Biennale di Venezia turns its attention to the theme of All the World’s Futures, Azerbaijan presents Beyond the Line, an exhibition that for the first time showcases the original art of the Azerbaijani avant-garde of the last century to a wide audience of art professionals. Tofik Javadov, Javad Mirjavadov, Ashraf Murad, Rasim Babayev and Fazil Najafov are all masters of unique talents, each of whom cultivated his own distinctive art practice. They are bound together by imagery that expresses their deep cultural influences, a symbolic visual language, and the use of Middle Eastern national and folk styles of remarkable sophistication.

I am sure that this cultural festival, renowned for its artworks of the highest level, once again will delight audiences, and that art lovers will have the opportunity to become familiar with the vibrant spectrum of Azerbaijani artists.

President of the Heydar Aliyev Foundation

Goodwill Ambassador of UNESCO and ISESCO

When we were approached by the Heydar Aliyev Foundation, whether we would be interested in co-curating, with Emin Mammadov, 'Beyond the Line' the Azerbaijan pavilion of this year's Venice Biennale we knew strictly nothing about the lost generation of artists who were working in Baku during the Soviet times in the 1970's. Having back when I was preparing Sotheby's first auction in Moscow in 1988, spent  a considerable amount of time in the pursuit of works by Russian artists, active during the same period in Moscow in similarly isolated conditions, I was very curious to discover the work of their Azeri counterparts.

When I first saw the paintings  by Javad Mirjavadov, Tofik Javadov, Ashraf Murad, Rasim Babayev and the sculptures by Fazil Najafov I was struck by their strongly expressionistic style and in the case of the painters their extensive use of very bright colors. These works are totally different not only from anything that was being done in the west at the time but also from what was being done in Moscow or Leningrad. Despite the infinitely difficult circumstances these artists were facing to be able to express themselves at all, there is great strength, vigor and passion that emanates from those works. At the height of the Cold War there was very little information available to artists of what happening elsewhere. If a western art magazine would occasionally be brought to Russian artists by visitors from the west, the isolation of officially not accepted artists in Azerbaijan at the time of the Soviet Union was total. The artists had to dig deep within themselves for inspiration but also found it in the centuries old Azeri tradition for arts and crafts and making carpets.

In the post Cold War world and with the technology revolution the contemporary art world has become global. Artists working anywhere in the world are fairly well informed on what other artists are doing in other parts of the world. This has occasionally led to a bland international style. The exhibition 'Fly to Baku' which took place at Phillips de Pury in early 2012 put the spotlight on the vibrant scene of artists working in Baku today. This exhibition was subsequently shown in Paris, Berlin, Moscow, Rome, Vienna. While the artists that were included in that show do not have to grapple with the constraints and isolation that was ruling the lives of the 1970' and 1980's generation, a common thread there as well, was a distinctly Azeri flavor that is totally original.

The work of the group of strong artists from the 'Beyond the Line' generation , whose inner passion helped them to confront all obstacles thrown in their way, is finally being given a stage. It is my hope that discovering it will convey to the viewers of the Azerbaijan pavilion some of the same fascination it has given me.