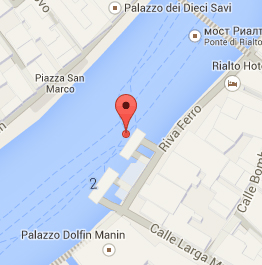 HOW TO GET HERE Vita Vitale, or ‘vital life,’ are two very profound words that, for me, aptly sum up this exhibition on art and environmental conservation – two of my personal passions. There seems to me nowhere more pertinent in which to bring this exhibition to life than Venice, where all around you can see the profound impact that a significant change in the world’s climate would have. It would quite simply disappear. What a loss it would be to the world and to future generations if this city were destroyed by human action, or indeed by our inaction in preserving it. In this exhibition, we have brought to life some of the challenges faced by man, plants, trees, and animals living together on this one planet. Despite those challenges, finding a way to live together is essential to sustaining the Earth and the species that inhabit it. Art has an incredibly important role to play in this, helping us focus on the key issues and examine the difficult decisions that may at times seem overwhelming.

Sometimes, when you look around the world, you may assume that this idea of one sustainable planet on which birds, bees, plants, trees, animals, and humans live together in harmony is a hopeless dream that will never be achieved.  But I don’t believe that it is. That is why we founded IDEA, (International Dialogue for Environmental Action) three years ago in Azerbaijan. IDEA focuses on getting young people involved in environmental action. In the short time that we have been active we have begun a huge project of replanting trees — over one million — in order to reclaim some of the land that has been damaged over many years. Additionally, last year we held the Caucasian Cat summit in Baku, which focused on how we can support the re-introduction of the almost extinct Caucasian leopard into Azerbaijan. Following this event, we began working with the ZSL (Zoological Society of London) and the IUCN (International Union for Conservation of Nature) to create a plan to support that re-introduction. We have also collaborated with Georgia on the reintroduction of gazelles, and are developing joint initiatives with the American Prairie Foundation, the Blue Marine Foundation, WildCru at Oxford University, and Panthera.

IDEA is at the start of its journey, but that is why I am so excited about the creation of the IDEA laboratory as part of this exhibition in Venice. Biennale Arte 2015 offers us a unique moment in time where we can showcase to the hundreds of thousands of visitors who come to this beautiful city the challenges we face, and together explore ideas we have for fixing them in the future. I am thrilled to be working with Professor Rachel Armstrong on its creation, and hope that together we can explore some potential game-changing ideas that help to make our planet more sustainable for future generations.

Timeless art is about creating works that are unique, beautiful and compelling, while also communicating a message to their audience. There is no more profound message than sustaining this planet and living in harmony with the other species that inhabit it. Arguably, it is also the greatest challenge we face. Yet, I am enthusiastic that by bringing together the IDEA Laboratory with Vita Vitale’s amazing, inspiring, and unique artworks, we will forge new futures for us and for the planet. That is why we are so grateful for the support of SOS - Save our Species, a global coalition founded in part by IUCN.

I hugely admire the incredible group of artists who have contributed to this show. I hope that as you walk around Vita Vitale, you are as inspired and upbeat as I am, and that you too will believe that — if we all work together — we can ensure that we will leave the planet in better condition than at present so that future generations can enjoy its same magic.

Vice-President of the Heydar Aliyev Foundation

La Biennale di Venezia was established in 1895 as the first international art exhibition of the City of Venice; that very same year the physicist Svante Arrhenius presented a groundbreaking paper to the Stockholm Physical Society entitled ‘On the Influence of Carbonic Acid in the Air upon the Temperature of the Ground,’1 linking concentrations of carbon dioxide to global warming for the first time. 120 years later, in 2015, we again see La Biennale di Venezia dovetail with environmental concerns as we mark Azerbaijan’s second participation with two very different exhibitions. The first, Beyond the Line, looks back at a crucial moment within its history, returning voices to the nation’s mid-century artists who were silenced or ignored under Soviet rule. In its second exhibition, Vita Vitale, Azerbaijan looks forward, and beyond its geographic borders, to grapple with the delicate balance of our planet’s ecosystem and the impact of humans on the natural world.

In the decades that have passed since Arrhenius first warned of the Greenhouse Effect, research into the condition of our environment has flourished. Yet, alarmingly, we are doing very little to change the human behavior that exacerbates global warming. While Vita Vitale tracks our footprint, and explores such environmental concerns as pollution, rising sea levels, climate change, depleting resources, and endangered species, it is important to us as curators that it does not simply illustrate environmental themes. Rather, we hope that it becomes a catalyst, a wake-up call, and a call to action for each and every one of us.

In this spirit, Vita Vitale’s Living Laboratory, hosted by IDEA (International Dialogue for Environmental Action), stimulates dialogue between the worlds of creativity, innovation, art, and science. We have invited Professor Rachel Armstrong (Senior TED Fellow and Professor of Experimental Architecture at Newcastle University) to collaborate with scientists, artists, and designers in conceiving and testing new ways of synthesising with the natural realm. Through their alliance, the Living Laboratory energizes Vita Vitale with the tools to enact vitally needed change.

The artists of Vita Vitale are also agents of change: they help us to see our interdependency with the natural world, and how our daily habits impact upon the earth. To them we are most grateful. They remind us that our over-sized and seemingly indelible footprint on the planet need not be irretrievably so.

Just as 1895 — which included not only Arrhenius’s presentation on Global Warming, and the establishment of the Biennale di Venezia, but also the founding of the Nobel Prize, and the screening of the Lumière brothers first commercial film — was significant for art and science, we believe that Biennale Arte 2015’s artists and scientists will inspire us to recognize the state of our planet today, and how our habits impact on us all. Ultimately, their collective voices resonate throughout Vita Vitale, asking us to contemplate what will become of  ‘all the world’s futures’ if we don’t look after the planet today.